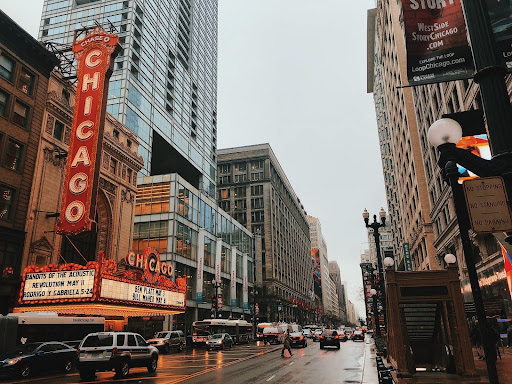 Illinois is a Midwest state with a lot to offer its visitors. As you go through the state, you will have to pass through its capital, Chicago. The city has a vibrant architectural scene, sports culture, and notable landmarks. You can take a cruise on the Chicago River to view the sights and history of over 50 architectural buildings like the Willis Tower, Marina City, and Merchandise Mart.

Chicago has a rich arts scene. So you can find acts like Hamilton and the Book of Mormon on broadway. But if you don’t have deep enough pockets, you can enjoy local thespian talent at the Neo-Futurist Theater on the North Side or a comedy act at Second City. Along with theatre, you can find many other events in Chicago, like sports games, concerts, or exhibitions.

Another moniker for Chicago is “the second city.” There are disputes as to why it has that name. One theory is that it’s due to The Great Chicago Fire in 1871. The fire ravaged a large part of the city, forcing planners to redesign it with new, better materials and zoning, making it distinct from the last version.

Another reason is the rivalry the city has with New York. Both cities aim to be the top metropolitan city, but the size and popularity of the coastal city leave Chicago the perennial second city. Chicagoans could have let the moniker stain their city, but they wear it as a badge of pride, representing their tenacity.

In popular culture, a comedy troupe took up the name The Second City; its members include Tina Fey, Bill Murray, Eugene Levy, Steve Carrel, Amy Poehler, and others.

Chicago is famous for its deep-dish pizza and hotdogs. Go ahead and try them, but you should know that the city has more culinary treats. You can find many fine dining options because the city has dozens of Michelin-star restaurants, including Alinea and Grace.

If you are a meat lover, you may want to try the boilbecue”, smokeless roast, Delta-style rib tips from the South Side. You can visit the revered Rainbow Cone ice cream parlor for a sweet treat. You will also find Greek, Italian, and Oriental eateries, to name a few.

Illinois has weather that varies from hot, humid summers to cold winters. Before you arrive, it’s best to get a weather forecast. In Chicago, winter typically starts in November. Temperatures can be around 30 degrees Fahrenheit, with 22 to 28 days of snow.

The city averages 37 inches of snow throughout the season. Winter is brutally cold, especially when you add wind to the mix. Surviving a Chicago winter requires preparation for your vehicle and clothing. You will need to ensure your car is in peak condition, drive carefully, especially during peak traffic, and maintain an emergency kit in your vehicle.

The Windy City provides a better ambiance in summer. It’s when you can actually enjoy the wind in your face, along with the activities the city has to offer. You can enjoy the sun, take a dip, or participate in volleyball tournaments on any beach.

The city has 26 beaches across the Michigan shoreline, like the Oak Street Beach at 1000 N. Lake Shore Drive, which is easily accessible from downtown, and the Shore Club at North Avenue Beach for its chic SoCal environment.

Chicago is notorious for its heavy traffic, and it’s something you don’t want to get caught in. The city has the second worst traffic congestion in America and the sixth globally. Drivers lose an average of 104 hours yearly on their roads due to congestion. If you are to drive through the city, you will need an intimate knowledge of the streets, traffic flows, and shortcuts.

Parking is also an issue. The city and a confusing set of rules, signage, and restrictions regarding parking, that’s if you can even find it. The parking garages are an expensive option that may ruin your experience too. Rather than deal with traffic that can frustrate you, use alternative transport. Chicago has a world-class subway system. You can get to your destinations comfortably, on schedule, and safely.

The state of Illinois is vibrant, with lots for you to experience, especially in the city of Chicago. Before you visit, ensure that you are prepared for the unique experience and stay aware of the situation. Once you open yourself up to the experience, the possibilities are limitless. 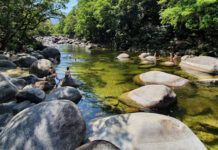 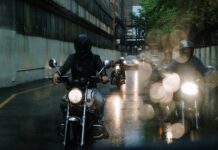 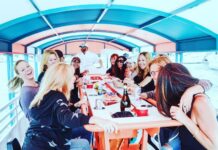 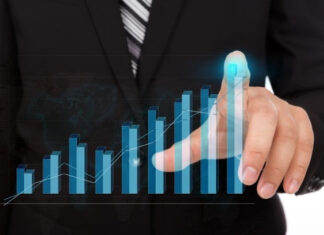 The Potential of the Internet For Small Business Development

How Tipsy Elves is Making Halloween More Exciting This Year

Best tips and tricks for booking the desert safari Dubai